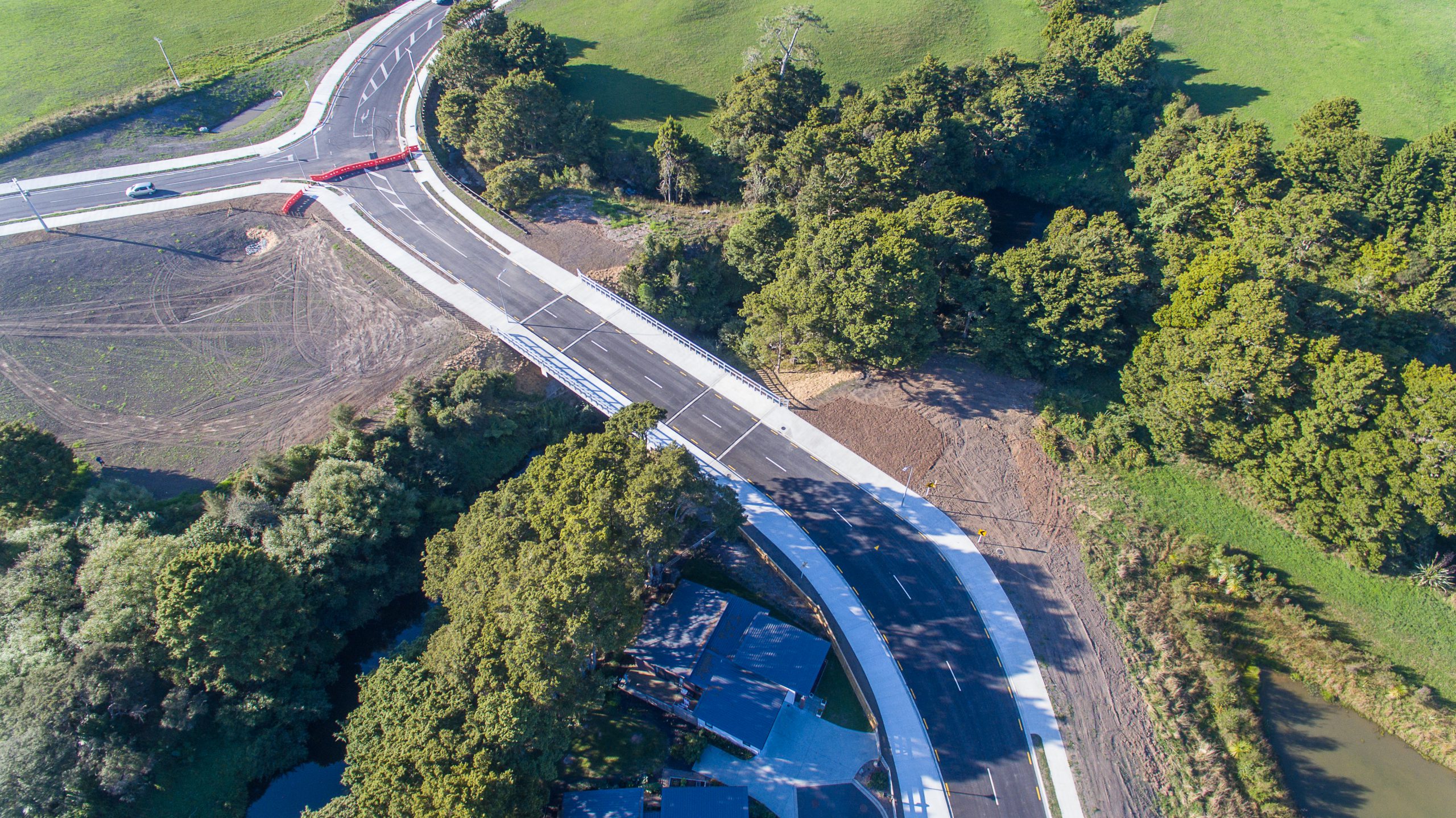 Hutchinson Consulting Engineers involvement in the Warkworth Western Collector project spanned from 2012 until completion in 2017, providing the engineering expertise required for the delivery of the $6.4 million project.

The Warkworth Western Collector has extended Mansel Drive with a 36m long bridge over the Mahurangi River, a new intersection has been built where Mansel Drive meets Falls Road, and a culvert extension was also completed as part of the works.

Since completion of the Warkworth Western Collector in 2017, it has helped alleviate congestion within the township by providing a strategic north-south alternative route to the existing SH1 between the northern end of Warkworth. It has also improved access to nearby commercial areas and the new residential growth areas in the west and south.